Rolex Revival, Singer Porsche as Rolex inspiration, a new FP Journe Chronometre Resonance, and Vacheron Constantin’s new Overseas Chronograph. Tonight, Tim Mosso discusses luxury watch news of the week and answers questions from our global audience of watch buyers. First, a user’s question about the viability of a Rolex Oyster bracelet on the 2018 Rolex GMT Master 126710 leads to a larger discussion of the general watch buyer’s appetite for custom Rolex watches. Looking further back, we consider whether Rolex resto-mods might be a possibility given the popularity of Singer Porsche. Following Bamford Watch Department’s defection to Hublot, Zenith, and TAG Heuer, there may be room in the Rolex buyer’s market for a high-end boutique shop willing to innovate with style, originality, and super-premium customization for older Rolex watches that have fallen on hard times. Tim discusses which vintage Rolex he would like to see revived, and he settles on the Rolex Tru-Beat 6556 of 1954. Bitcoin – a topic often intertwined with luxury goods – rears its head in the form of the Louis Chevrolet Chrono-Tour Bitcoin Limited Edition of 99. After pondering the possibility of buying a Bitcoin watch with actual Bitcoin, we turn our gaze to HYT’s recent success in Germany’s Red Dot industrial design awards. HYT’s H0 lugless hydro mechanical watch has been recognized for its innovative aesthetics and ergonomics. Our watch industry news for the evening concerns FP Journe and LVMH’s watch division. Montres FP Journe has begun to release commentary and retrospectives concerning the 35th anniversary of watchmaker FP Journe’s first effort at building a resonance watch: his 1983 prototype. While that model did not function sufficiently well to please Journe, he persisted with his goal of translating Antide Janvier’s resonance clock concept into a watch, and this effort culminated in 2000’s FP Journe Chronometre Resonance. Having undergone a controversial redesign in 2010, the Chronometre Resonance reportedly is about to experience a second major revision: will the anticipated arrival of a differential gear dilute the significance of the resonance effect? We discuss. Finally, Tim reviews the 2018 Vacheron Constantin Overseas Chronograph 5500 with black lacquer inverse panda dial. While the Overseas Automatic also offers a black dial for 2018, Tim identifies the chronograph as the line’s flagship and the most important model in Vacheron’s catalog. Has the arrival of a black dial improved the Overseas’ competitiveness against segment rivals such as Patek Philippe’s Aquanaut and Nautilus, Audemars Piguet’s Royal Oak and Royal Oak Offshore, and Breguet’s redesigned Marine line? Out audience will offer its commentary alongside Tim’s thoughts during this interactive wristwatch web show. Remember to like, comment, and subscribe for more great content from WatchBox Studios.

(as of September 10, 2020 - More infoProduct prices and availability are accurate as of the date/time indicated and are subject to change. Any price and availability information displayed on [relevant Amazon Site(s), as applicable] at the time of purchase will apply to the purchase of this product.) 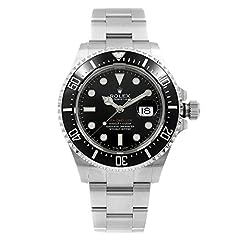 Black Dial, 904L Oystersteel Stainless Steel Case and Oyster Bracelet and 43mm Case Diameter Black Ceramic Cerachrom Bezel Insert with Platinum Coated Numerals and 60 Minute Graduations on Bezel Folding Oysterlock Safety Clasp with Rolex Glidelock Ex... (as of September 10, 2020 - More infoProduct prices and availability are accurate as of the date/time indicated and are subject to change. Any price and availability information displayed on [relevant Amazon Site(s), as applicable] at the time of purchase will apply to the purchase of this product.) 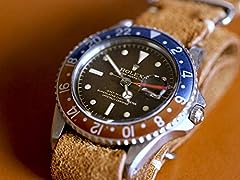 
Why Rolex Watches Are So Expensive

(as of September 10, 2020 - More infoProduct prices and availability are accurate as of the date/time indicated and are subject to change. Any price and availability information displayed on [relevant Amazon Site(s), as applicable] at the time of purchase will apply to the purchase of this product.) 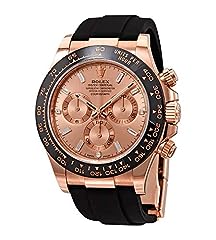 chronograph (as of September 10, 2020 - More infoProduct prices and availability are accurate as of the date/time indicated and are subject to change. Any price and availability information displayed on [relevant Amazon Site(s), as applicable] at the time of purchase will apply to the purchase of this product.)

Great content as usual. Thanks Tim, but send us CQ and Jay on Saturdays!

Tim Mosso the one-man show this week. Nicely done. A very intriguing question reference Rolex modding. Singer and Rolex? Some would like others would not. If I owned a Rolex I would, I might even like it then.

tried to join the stream. wouldn’t let me. even had great bandwidth. oh well.

VC should have made Overseas with Blue reverse panda (Blue with Silver sub), or Brown reverse Panda (Brown with SIlver sub)!! Not just Black reverse panda…

great show, but you need to loose the sun glasses….not a good look.

Hi all! First, I know that we have an audio issue for about a minute at the beginning of the broadcast: it ends quickly, please bear with us. Second, here is the link to our Berd Vaye crystal skull (as seen on my desk) giveaway:
WIN a $2,700 Horological Sculpture! Click here: http://swee.ps/HbxZDpQzi
Best,
Tim

Tim is such a treasure.

Great show Tim.
Spot on about VC.
Their new Traditionnelle line is to die for!
VC is finally getting back to the right track.

Great show Tim! Having you seen the work being done by Tempus Machina? New Rolex watches modified to resemble vintage Rolex. All the best…cheers!

As always, superb show! Just to clarify, according to Singer Vehicle Design’s website, “Our customers supply a fully road-legal 1989-1994 Porsche 911 [Type 964] Coupe or Targa for the basis of restoration and varying degrees of modification.”
Here’s a link to information about their, ahem, singular chronograph: http://www.singerreimagined.com/en/home/

It is very distracting Tim when you constantly keep looking over to the left of the camera. What are you looking at, it is very annoying !?

Where’s Josh? I miss him on the videos

I’m going to send Tim a pic of my Seiko next to a stack of $1 bills and change and see if he puts in the next show.

Great show as always, could not get onto youtube for the show but was able to view it on facebook. greetings from Alaska

Great video Tim, thanks for the beautiful pictures and detailed info. What do you think is the most underrated complications watch for under 10k, best Regards from the Black Forrest, Abdul

PS: If I were to buy ANY Chrono, it would be the black dial Overseas with the white sub dials in your review.

Tim – Great Vacheron Constantin info! I love the brown Overseas as well.
The VC Overseas is the only high end watch I desire…..probably in the Simple-Date.
Do you think it’s a 24-7 watch? I typically wear Rolex Explorer-1’s & 2’’s and that’s how I wear them.
Great job, thank you!

I bought the blue dial chrono Overseas 2nd generation from you (i.e. Watch U Want). I waited to see the gen 3 in person and just liked the gen 2 better. I liked the blue color better and the big date is great!

You touch on other influences to the wristwatch industry , which is real…….looking forward to hearing these influences on this or another forum……Tim you may not know this or I’m just hopeful , but there is a Renaissance to you . I’d listen to you whether it be an angle to NEWS, the THE Arts, that includes other mediums inside or outside horology ….apologies if I’m just reiterating from a previous post