Tim Mosso is ready with his 2019 Rolex predictions for the 2019 Baselworld watch fair that’s ready to break in Switzerland next week. The Rolex Submariner and the Rolex Daytona are aging glories, but Tim has reason to believe that these won’t be the Rolex models to see makeovers in 2019. Moreover, the arrival of new Datejust and GMT-Master generations in 2018 means that extensions of those bedrock Rolex lines are almost assured.

More than an occasion to welcome new watches, Baselworld is the last stand for outgoing watches. Rolex has a logjam of 39mm to 40mm stainless steel sports watches with three hands and no-date dials. Tim examines the Rolex Explorer, Rolex Milgauss, Rolex Oyster Perpetual, and the Air-King to deduce which of these sports watches might prove surplus when Baselworld breaks.

The Rolex Oysterflex bracelet/strap-thing has been with watch buyers since 2015, but it has yet to make its appearance on a core stainless steel Rolex sports watch model. Could Baselworld 2019 be the year that we see BOTH a new Rolex Daytona generation AND a stainless steel/ceramic Daytona on a rubber strap?

Omega’s parent, the Swatch Group, made waves with its summer 2018 vow to leave Baselworld 2019. Omega watches instead will be launched at a Swatch Group event in Zurich called “Time to Move.” Details are scarce, but the event itself should witness an unprecedented rollout of special edition Omega Speedmaster Moonwatch models. With the 50th anniversary of the Apollo 11 Moon landing that took an Omega Speedmaster Professional 105.012 to Earth’s only natural satellite, new Moonwatch models should be available to suit every budget.

Expect the return of Omega’s vaunted caliber 321 column wheel movement to be restricted – at least initially – to ultra-luxury low volume editions. Omega’s launch of a mass produced caliber 1861 tribute to the Speedmaster 105.012 would be a reasonable expectation.

Also on the radar is the 20th anniversary of Omega’s Co-Axial escapement, and a special edition commemorative Omega watch model is inevitable.

Finally, 2019 Patek Philippe watches could include anything from new Gondolo models to a chronograph replacement for the 5170 to a… Patek Philippe Nautilus Regulator. Only Thierry Stern knows for sure, but prepare for fireworks when Patek Philippe releases its 2019 watches at Baselworld. 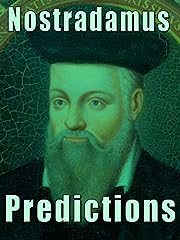 
The Insider's Guide To Nostradamus Predictions 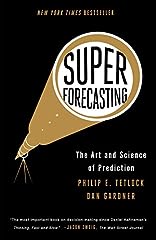 
Superforecasting: The Art and Science of Prediction

Superforecasting The Art and Science of Prediction (as of September 21, 2020 - More infoProduct prices and availability are accurate as of the date/time indicated and are subject to change. Any price and availability information displayed on [relevant Amazon Site(s), as applicable] at the time of purchase will apply to the purchase of this product.) 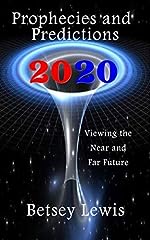 
2020 Prophecies and Predictions: Visions of the Near and Far Future 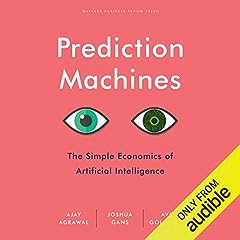 and can u stop shouting please ??? just relax … man … u are to paranoid and pyschotic .. just talk like a human being …

omega’s mistake is marketing around the moon landing. One may assume that most people with money who has the money to buy this Watch knows, that the moon landing never took place. So, who wants to juggle a story “Moonwatch” based on “possibly lying”? Buy Patek, Rolex & Co

Hi Tim….quick update on Morgan Cars – it has just been sold (I mean just a few days ago as of 12 March 2019) to Italian Investment Company, Investindustrial. The family still retain some shareholding but family ownership has gone now.

Hey Tim. I was just wondering if you had any idea of how a possible Coke GMT will affect the pre owned 16710 Coke models? Any advice or info would be greatly appreciated and thanks for the great content!!

If Blancpain launches a fifty fathom in 40mm, I am going to buy it over a submariner for sure. Not really a fan of this rolex waiting list shenanigans when right in front of Rolex AD, there are grey market dealers with stockpile of steel rolexes.

Omega seems a little more innovative from what you say and Rolex sounds pretty much the same with high prices.

Tim lost that Mosso feeling and now it is still gone, gone, gone. Take a JLC and VC in the morning and get plenty of rest. As far as a car you are looking for, how about a vintage Trabant. You would give that lost Mosso vibe loud and clear.

With the new Blancpain Fifty Fathoms ref 5015 in titanium pre-introduced late 2018 for 2019 I would not bet on an all new FF this year, but an additional 40mm piece may be a good bet. I‘d also love a limited 40mm reiteration of the iconic Air Command.

Tim are you done with JLC? After that Polaris release they lost me!

As for Rolex. These wait lists are hilarious. I don’t think they care though as the dealers are the ones dealing with angry customers. I gave up when the Daytona hit 24k.

Tim for a car I think you should look at a Audi A7 TDI can still fin them new and at a discount.

Hi Tim i go there every so often. Whats the outlet called

This weekend I walked into the Rolex and Omega store in Milan.
Difference? the Rolex store had only gold, platinum and diamond-filled versions of their watches on display, the Omega had all the steel variations of the Speedmasters and Seamasters to buy instantly.

I cant believe a company like Rolex couldn’t push a few buttons on their robots and pump out all the steel sports they want. They have to want this shortage.

I was at a Tissot dealer today. I knew Swatch was not going to baselworld…she said they would be in Vegas this spring..not sure what show it is..I forget the name…

Swatch will be in Las Vegas…

You have a lot of imagination;)

For me rolex will discontinue the 31’s movements second there will be a ss Submariner smurff or something blue dial batman will go for new gmt. Omega wise 321 will only be available in 18K gold for 35K and ss model with normal 1861 mvt with special amazing super box.

What are your thoughts on rado?

Based on last year, where Rolex/Tudor introduced dual Pepsi GMT watches, I predict that they’ll do dual Submariners, with the upgraded movement. What about even a bicolor Sub, black bezel with a blue or white dial???

I’m guessing a Tudor sub and an update to the Rolex sub with the new 70 hour movement and a new color variant to go with the black. Maybe the Hulk goes away, but it seems unlikely.

Great video as always! You hinted that Rolex is addressing the production issues – any chance for another hint here without revealing privileged info?