Watchfinder & Co. presents: Inside the Omega Speedmaster, a demonstration of the intricacies of the Omega calibre 1151. Watchfinder Head Watchmaker Tony Williams shows you how this movement is taken apart and reassembled.

A History of the Omega Speedmaster:

There aren’t many watches that can claim the same kind of heritage as Omega’s Speedmaster. First seen in 1957, it entered one of the toughest competitions a watch could ever face: the race to become NASA’s standard issue timepiece. Eight long years later, following a series of gruelling tests that pitted it against extreme temperature, pressure, noise and vibration, the Speedmaster was officially titled ‘. . . flight qualified by NASA for all manned space missions.’

But that hadn’t stopped the Speedmaster from visiting the stars in the meantime. Walter ‘Wally’ Schirra, astronaut on board the 1962 Mercury Atlas 8 mission, had already taken an example of the watch up with him in an unofficial capacity. In the three years to follow before the watch was officially adopted by NASA, it underwent various modifications to meet the space agency’s satisfaction.

First to go were the broadarrow hands, replaced by thin, high-contrast ones. Then the bezel was inverted to be white-on-black instead of black-on-silver. The crystal was also specified in plexiglass rather than the harder and more modern sapphire equivalent; a shattering crystal was not something NASA wanted to have happen. The finished moonwatch (as it became known following its famous trip in 1969 on board Apollo XI) served with NASA for many long years, earning many accolades along the way. It’s easy to argue that the Speedmaster is one of the greatest contributions to history watchmakers have ever made, along with Harrison’s marine chronometer and Breguet’s tourbillon.

WARNING! This demonstration was undertaken by a professional watchmaker for entertainment purposes only. This is NOT a guide for servicing a watch. The watch featured in the video is NOT being serviced. DO NOT attempt to replicate this video on your own watch. 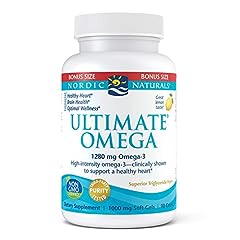 (13168)
WHY OMEGA-3S - Research shows that the essential fatty acids EPA & DHA in fish oil support heart, brain, eye & immune health. Omega-3s may also help support a healthy mood. DOCTOR-RECOMMENDED FORMULA - Nordic Naturals Ultimate Omega features high con... (as of November 26, 2020 - More infoProduct prices and availability are accurate as of the date/time indicated and are subject to change. Any price and availability information displayed on [relevant Amazon Site(s), as applicable] at the time of purchase will apply to the purchase of this product.) 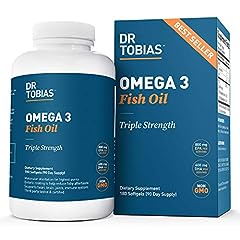 (20995)
2000 milligrams of fish oil delivers 1400 milligrams of Omega-3 fatty acids per serving Enteric coating for better absorption of the essential fatty acids; No fishy aftertaste or burps Non-GMO; Sourced from fresh and wild caught fish Purified using m... (as of November 26, 2020 - More infoProduct prices and availability are accurate as of the date/time indicated and are subject to change. Any price and availability information displayed on [relevant Amazon Site(s), as applicable] at the time of purchase will apply to the purchase of this product.)

(13283)
Just one softgel contains at least 1037mg of Omega-3 fatty acids from wild-caught Alaska Pollock. Made with AlaskOmega triglyceride fish oil. Provides Essential Fatty Acids EPA + DHA that may help to support your overall health. Non-GMO Verified, Pes... (as of November 26, 2020 - More infoProduct prices and availability are accurate as of the date/time indicated and are subject to change. Any price and availability information displayed on [relevant Amazon Site(s), as applicable] at the time of purchase will apply to the purchase of this product.) 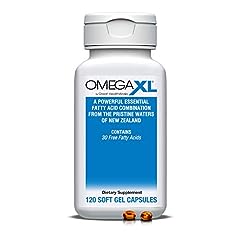 (1579)
MUSSELS FOR YOUR JOINTS: The active ingredient in OmegaXL is sourced from green-lipped mussels – not fish. Our green lipped mussels are sustainably farmed in the pristine ocean waters of New Zealand. The oil extract in OmegaXL is natural, safe, and e... (as of November 26, 2020 - More infoProduct prices and availability are accurate as of the date/time indicated and are subject to change. Any price and availability information displayed on [relevant Amazon Site(s), as applicable] at the time of purchase will apply to the purchase of this product.)

Im sure if somebody told me: «now assemble this watch back or you pay 40.000 USD to watch`s owner», I wouldn`t manage to do that. In a year

What is that heavenly music, Shazam does not recognize it.

you should provide nail clippers to your employees

I love this series of videos! So therapeutic!

Love quality of this video, your work is absolutely amazing

Rolex and Omega, which one is better?

Mesmerizing, don’t think he looked at the manual once!

What camera did you use to shoot this!

Does anyone know the time scale it took to film

if it only takes 6 minutes to make the watch why is it so damn expensive??

I can do that. Here. Hold my beer.

I do not want to make that job !! impressive and nice to see ….. but that is why i use electronic ones ….

Turn on the light bald guy, other lady still working.

Deep down I was just waiting for the woman next to him to wave her arm at knock that bowl with all those tiny watch parts. Then in horror she would look at the camera, realizing the man’s work as all over the room, preparing for the assured back hand.

i have two of these speedmasters in my collection. when you study the components they are inexpensive thin pressings. the profit margin on these movements must be astronomical. the older movements in my collection are far superior.

What is this little purple thing (like a stone) that you removes from the watch?

such a manly profession

I inherited a vintage 1971 Speedmanster Professional.
I’m almost afraid to find out what it costs for a clean and oil.
Much less mail it off and it get lost.

Very useful demonstration for watch mechanics. Thanks for the upload.

So relaxing to watch real skill and beautiful watches. Thanks for posting these!

i didnt know that was the way to put a loupe on. nice video, thanks for sharing.

pure craftsman!
how many man hours does it take to complete the job?

One of the things that bother me about the 7750 movements is the cam used to alternate chronograph functions. There is a lot of friction utilized there, which is why I like pillar wheels better because there is less friction.

So wasn’t touching the mechanism with bare hands like a sin?

i got a cheap casio , i dive with it too , 15$, why the hell should i buy something like that?