Would you every buy a fake or replica watch? I sure as hell hope you don’t, but just in case a high quality fake watch comes your way, I’m starting this video series to help you spot them!

Over time, you’ll get better and better at distinguishing real from fake watches and will significantly decrease your chances of ever getting screwed by someone trying to sell you a counterfeit piece.

The model that I’ll be comparing on this video is the 44-mm Queen Elizabeth II Cup from Audemars Piguet. You’ll notice that the fake version of this AP that I showcase on the video is actually a very good quality replica, one that would easily fool the untrained eye.

Here are five things I look at to know if a watch is real or fake:

1) Check out the watch’s “silhouette.” Just like you become familiar with certain products of your favorite brands and just know how they’re supposed to look and feel, the same happens with watches. What’s your first impression? Are the proportions right or do they feel off? The actual manufacturer of the fake AP on the video actually did a really good job, so that it at least gives you a good first impression.

2) Check the watch’s specifications. If you know the case diameter of a specific watch model is 40 millimeters and the watch that you’re looking is at 42 mm, then you know that you have a replica in your hands. How about the weight of the watch? Most gold luxury watches are made out of 18-karat gold. The more gold, the heavier the watch. When you pick the watch up, does the weight feel right or too light? A watch that isn’t as heavy as it should be, is more than likely fake. When it came to the real and fake AP watches I used on the video, there was about a 30 gram difference (188 vs 159 grams) between the real and replica one (more than likely because of the amount of gold that the real AP has).

3) Analyze the dial. The dial is a very delicate and intricate part of a watch. On a real luxury watch, the attention to detail is usually higher, as was the case with the Royal Oak Offshores I compared on the video. The base of the hands on the fake Queen Elizabeth were fatter or wider than that of the real model. The real AP also had fine, concentric circles around the dial, but the replica didn’t. The counterfeit watch also did not have as much magnification on the date as the real version. It also had a lower quality version of the AP logo.

4) Look at the movement. This is easier to do on a watch like the Audemars Piguet on the video, which has a clear caseback that allows you to see the internals of the watch. However, on a watch that does not let you peek inside, you’ll have to open the watch. First of all, the real AP on the video had rich, blood red colored rubies, whereas the replica rubies looked pinkish. After looking at the rotor, bridge and other parts of the watch’s movement, you’ll see that there are obvious differences. The feel of the chrono buttons on the watches were also different, with the ones on the replica AP feeling as if they were going to pop out when pressed!

5) Look at the stampings. Most luxury watches have stampings. When you’re dealing with gold watches, they’re going to have what is called a “stamp of quality” that speaks to the authenticity of the watch. One example on the video shows a tiny stamp of a dog’s head (possibly a St. Bernard) on the real AP, but a totally different and simpler stamp on the fake one. A reason for this is that steel is much more difficult to engrave or stamp than gold, which is a lot more malleable.

So what do you think of my five tips to spot fake watches and distinguish real ones from replicas? Do you have any other rules of thumb that you like to use? Let me know in the comments.

Steemit (where you can also watch our new videos)
https://steemit.com/@crmjewelers

Take a Selfie with our Cuban Link App
https://www.crmjewelers.com/cuban-link-app/

Join Our VIP Club and Save!
https://www.crmjewelers.com/vip/ 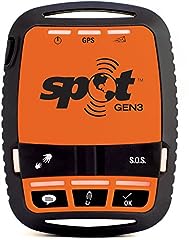 S. O. S. - in an emergency, send an S. O. S. With your GPS location to geos, who facilitates search and rescue Check in - let contacts know where you are and that you're okay with a pre-programmed message Help/spot S. O. V. - request help from your f... (as of September 21, 2020 - More infoProduct prices and availability are accurate as of the date/time indicated and are subject to change. Any price and availability information displayed on [relevant Amazon Site(s), as applicable] at the time of purchase will apply to the purchase of this product.) 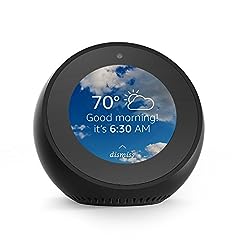 Compact 2.5" smart display with Alexa ready to help Alexa is always happy to help - Manage your day. Get instant information. Check weather and traffic on your way out. Voice control your music - Ask Alexa to play music and see lyrics with Amazon Mus... (as of September 21, 2020 - More infoProduct prices and availability are accurate as of the date/time indicated and are subject to change. Any price and availability information displayed on [relevant Amazon Site(s), as applicable] at the time of purchase will apply to the purchase of this product.) 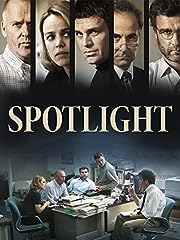 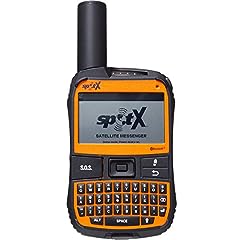 Dimensions: 6.5 x 2.9 x .94in Optimal Range: [bluetooth] up to 30ft Battery Type: rechargeable lithium Battery Life: 240 hours Other Features: S.O.S, messaging, bluetooth phone connectivity, app, compass, check-in (as of September 21, 2020 - More infoProduct prices and availability are accurate as of the date/time indicated and are subject to change. Any price and availability information displayed on [relevant Amazon Site(s), as applicable] at the time of purchase will apply to the purchase of this product.)

So basically JF with cyclops+DW mod is near perfect? lmfao

Most people during the day will never know the difference just by see on the watch. And I better pay 100$ or less instead of unrealistic prices of several hundreds thousands for same looking watch. And the end it’s anyway only the look. Nobody will know if this is real or how much it costs or where you bought it etc. Only stupid people will buy the original watches for this end consumer price

Eric you are a great watch expert because you were able to identified the fake AP. I could’t identify the fake in the beginning of the video. It would have been a great lost if somebody spent $70,000 in a fake AP. That is why there is a maxim buy the dealer not the watch. The Chinese female underground factory workers with their small hands are getting very good at making fake Swiss watches, their only weaknesses is they don’t have the million dollars tools of the Swiss watchmakers and they don’t use real expensive materials like gold, platinum and rubies.

You can tell if is a replica by who’s wearing it, an AP is not for “regular people”

Great video Eric! Please continue with that series with some other watches, really interesting in my opinion.

Unless you grab someone’s wrist you’ll never be able to tell its fake.

the chinese are taking notes

can you make a vid like this but on a Rolex Daytona?

Honestly watches I feel like are a dumb buy. Can afford one but still buy fake.

I had a feeling that it will be the one on the right, based on the first shot alone. There’s something off about it even though it might look 99% that 1% is the quality that commands premium.

The lesson is: study and train your eyes on the official press release images from the manufacturer for the watch.

Good fake watches will still sell for a lot.

take off the glasses idiot

Pretty amazing fake, and hard to tell unless comparing side by side. But I don’t understand the whole concept of fakes. Would I buy a fake Ferrari to impress people? I work hard and spend real money for myself, not to impress other people. Part of success is being able to truly enjoy it.

so what you doing with that fake?

Thing is, you need a real watch to make out which one is fake :/

These watches are for people who have too much money.

i would rather wear invicta’s than this rep.. no offense but it’s true..LOL!

The watch actually costs 628 usd (the replica one) but i must say impressive video!

Why do you have sunglasses on?

It’s great you are creating these videos but please get to the point! Video should have been at least 8 mins shorter. Great production value just needs better editing.

You talk too much, Im not as big of a deal as you want to look to others but I know my watches and I bet there is a pair of submariner that will take you on a trip even after looking at a mechanism.
AP is for show off’s like you and my latest pair of Yacht-Master 2 gold its m better choice over AP so is many others

Took you ages to spot the obvious..The date magnifier cycclops, the thickness of the back , The second hand on these not at 12, and try winding it and undoing and redoing the winder.. As you say it may pass in a club but not to a watch dealer..And 2 years down the line it is scrap as it will stop..

Can you tell me where you bought that replica?

damn sir, hats off to you!

Good video, lots of good fakes out there. Just an FYI it is pronounced, “Rolex President”.

Next time put an authentic watch with two fakes under shells and move them around and then yank up the shells to reveal the real watch in a two-second glance. Ha, just joking. Great video.

Eric, what do you think about Cuervo y Sobrinos brand?