LeBron James, hailed as the most important athletic personality of his generation, has salvaged the legacy he almost abdicated during The Decision era. Barring a contract meltdown over the next two off seasons, James will retire with the Cavaliers, iconic status intact. Now 29, James is clearly looking to the future as he enters the second half of his career.

But WatchBox isn’t ESPN or GQ, so you know where this is going. With the Age of LeBron paused at halftime, now is the perfect opportunity to consider what the future holds for King James’ contribution to the world of horology. The Audemars Piguet Royal Oak Offshore Limited Edition Lebron James debuted at a Miami gala on September 27, 2013. While the watch proved to be a memorable installment in AP’s “ambassador” series, the takeaway from the night was just how restrained and tasteful the LeBron proved to be.

LeBron and AP won half the battle by adopting a refined two-tone palette, and they sealed the deal by sweating the details. James specified a watch that could be a two-way player, so to speak. Compatibility with a suit was mandatory, so AP selected colors that split the difference between blinding gleam and stark darkness. Rose gold became the dominant light tone, and a matte grey was chosen to avoid excessive contrast.

Topside, a titanium bezel with straight grained vertical brushing and polished shoulders defines the dial. Below, AP’s “mega tapisserie” waffle pattern in polished grey echoes the bezel. A halo of rose gold encircles the central mass of grey metal. The combination of the two is softer than a straightforward light/dark clash, and it has the engaging quality of a firm rather than crushing handshake.

On the dial, brushed rose gold Arabic numerals replace the gloss luminescent articles from the series-production Offshores. The blue chronograph seconds hand is a standout; naturally, only Royal Blue will do for LeBron James.

Comprehensive attention to nooks, crannies, and peripheral features cements the impression of refinement. On this LeBron James signature model, the sprawling expanse of the standard 44mm Offshore’s lugs is broken through the use of contrasting finish on the metal facets. A frosted center channel creates a matte surface with a dark hue that sets off the striking brushed lug shoulders and polished lug edges. Compared to the standard 44mm Offshore, the LeBron boasts stronger character lines at the case extremities.

Additional differentiation from the production Offshores can be found on the crown side of the case. Both chronograph pushers and the crown are rendered in black ceramic. The power of hard contrast is deployed at the micro level; fourteen diamonds sparkle within the cap of the anthracite chronograph stop/start pusher. Small strips of grey rubber line the gold shoulders of the chronograph controls, and a cap of red gold sits atop the black crown.

Even the caseback is fit for a King. LeBron and Audemars Piguet inscribe and ink the signature of the man himself into the sapphire display window. At the periphery of the window, the rim of the caseback has been machined into a relief pattern that imparts an air of techno-industrial chic. 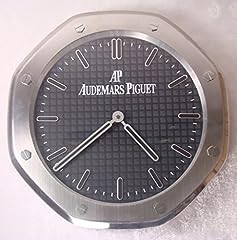 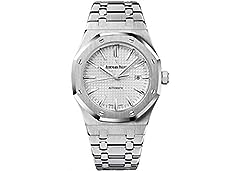 Mens Reproduction Replica Watch Diver Reproduction Audemars Piguet Smooth Automatic Movement Watch 21,600 Vibrations Per Hour, With Open Heart Complication ,Accuracy Loss- (1-12 Seconds Per Day) Full Metal 304L Surgical Grade Steel Band. (as of September 21, 2020 - More infoProduct prices and availability are accurate as of the date/time indicated and are subject to change. Any price and availability information displayed on [relevant Amazon Site(s), as applicable] at the time of purchase will apply to the purchase of this product.) 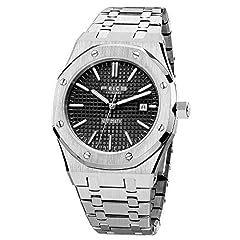 ⌚ Octagonal Wristwatch for Men: This watch is no longer a round or square in the traditional sense. Stainless steel octagonal bezel is inspired by the porthole of cruise ships, designed with eight hexagonal screws, the dial featuring the “tapisserie”... (as of September 21, 2020 - More infoProduct prices and availability are accurate as of the date/time indicated and are subject to change. Any price and availability information displayed on [relevant Amazon Site(s), as applicable] at the time of purchase will apply to the purchase of this product.) 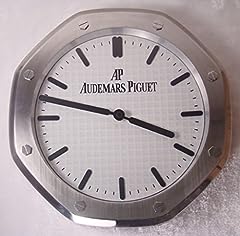 Great review as always! But Lebron the best of all time?

I’m a piguet but we chage are name to piquet

Thank god it’s an offshore leave the real royal oak alone. Heaven forbid they would cheapen the brand further by having yet another special edition monstrosity sponsored by the latest fashionable American rapper/sportsman/governor. You can’t buy class.

For that you buy a JLC!

A tattooed schwartze who can put a ball through a hoop. A great image for AP! I’ll stick to other brands.

This watch is brilliant. I have a piece however where did you get here leather strap with orange stitching? Mine has a grey stitching. I prefer the orange.

Great review. I have one of these coming to me. Could you help me figure out if it is legit?
Thank you Tim. If you can help or not. You’re content is awesome.

what an amazing job you have, I’m very jealous. what a beautiful watch! i agree with what you say during the video, its such a tasteful time piece. Maybe ill be lucky enough to add this to my collection

Hi! I have a small question
I wanted to trade a part of my collection for this watch my friend owns it
he wants my bigbang 301 2009 my gmt master 2 two tone 2010  my Submariner hulk 2013 , my Chocolate daytona 116515LN 2013  and additional 10 K euro extra, do u think its worth trading for or should I keep this part of my collection , i love the watch lebron james but not sure if its a good investment

this series will decrease the value