Audemars Piguet Royal Oak History | The Story Behind The Watch

Audemars Piguet is a Swiss watch brand that was founded in 1875 by Jules-Louis Audemars and Edward-Auguste Piguet. To this very day, the company still remains an asset to the founding families and has stayed an independent brand, never being sold throughout its time alive. Throughout the years, they have produced many well-known luxury pieces, but none are as iconic and memorable as the Royal Oak and Royal Oak Offshore, the two models that we will be talking about today.

It all started at Baselworld in April of 1972, then known as the Swiss Watch Show, when Audemars Piguet released what is now known as one of the most iconic watches ever. A new daring step in the watch world, a luxury steel watch with an integrated bracelet and a new daring design. Before we go any further, we will need to go back a bit to how the Royal Oak was created. During the early 70s, what is now known as the “quartz crisis” occured in which quartz watches were introduced with Seiko’s own Astron quartz. This revolution shook the watch world as many people started switching to the more accurate quartz movements rather than stay with the mechanicals we all know and love. Not only were these new watches cheaper but also did not need to be serviced either as much or at all. The Swiss watch making industry was crashing and brands were falling. Audemars Piguet needed something revolutionary to attract new customers and to hopefully save the brand from a financial collapse. Going off of some feedback received from the Italian market about an interest for a luxury watch made of steel, they decided it was time to introduce a sporty yet elegant watch that would revolutionize watchmaking as we know it.

The man of choice to help revive the company was a man born in 1931 in Geneva. Anyone know? That’s right, it was Gerald Genta. He was a rather famous watch designer at the time, already had designed for Universal Geneve, Omega and Patek Philippe.

The day before the Basel fair in 1971, Audemars Piguet’s managing director, Georges Golay, called Genta requesting a design for an “unprecedented steel watch” in which he needed the next morning. At this time, Audemars Piguet did not have any sports watches especially with steel casing.

Genta created the design for the Royal Oak which he called the masterpiece of his career. The chances of the Royal Oak going belly up was high but Audemars Piguet took the chance. At the time, fine timepieces were made of precious metals and using steel in a luxury watch was unheard of. Steel was usually used in tool watches made by Rolex and Omega for the working class.

The Royal Oak was inspired by a diving helmet, with the octagonal shaped bezel and the visible hexagonal screws shown on the bezel and decorated with a petite tapisserie dial design.

The Royal Oak was a very thin mechanical piece with a height of only 7mm while also being a large piece for the time with a diameter of 39mm. The bracelet, as it remains to this very day is a very recognizable integrated stainless steel bracelet that tapers off towards the clasp.

The very first models of the Royal Oak were not constructed from steel as Genta had hoped as Audemars Piguet did not possess the high-tech machinery needed as it was too expensive. Instead, they used a much more malleable material that was white gold.

The movement was the self-winding Calibre 2121, which in the Royal Oak Jumbo ref. 15202, is still used today. This was based on the AP Calibre 2120 along with a date complication. The Calibre 2120 was introduced in 1967 from a project by Jaeger-LeCoultre, with contributions from the Holy Trinity of the watchmaking world, Vacheron Constantin, Audemars Piguet and Patek Philippe. The joint effort was to create an ultra-thin automatic movement. The three brands then took the JLC Calibre 920 and customized it to use in their own watches (Patek Philippe 28-255 C, Vacheron 1120).

The Calibre 2121 oscillated at 19,800 vibrations per hour and had a height of only 3.05mm. Due to the anti-shock system, the watch was able to be used as a sports watch.

The name, Royal Oak, came from a group of 8 vessels in the Royal Navy, who also took inspiration of their name from the ancient hollowed oak tree which King Charles II hid to escape the supporters of the Parliament during the English Civil War. This is also why the Royal Oak has a designed based on an octagon, because of the 8 vessels. 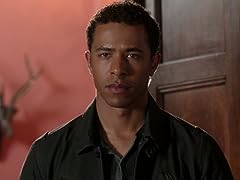 
Stand and Unfold Yourself


How Prodigal the Soul

would love to see one on a less main-stream piece, the vacheron constantin overseas. That could be interesting

still waiting for a video on the blacnpain fifty fathoms please

i prefer the royal oak vastly of the competition of the luxury sports watches such as the nautilus, i don’t know why, I guess I pregfer the hard sharp edges rather than the curved rounded smoother edges. Call me crazy

still waiting for any other video…

the royal oak will always be my grail watch

The royal oak is definitely one of my grail watches

once again, I commemorate you on this new vid!