This is the Audemars Piguet Royal Oak “Jumbo” 15202ST, the one that carries the torch for the AP brand and embodies the most direct link to Gerald Genta’s 1972 original. Refreshed in 2012 on the occasion of the model’s 40th anniversary, the “Jumbo” was purified to more project even more precisely the exact look, feel, and aura of the designer’s original vision.

Consider the significance of the Audemars Piguet Royal Oak “Jumbo.” While steel sports watches from Rolex, Omega, and many others were common in the market, they were priced closer to $300 dollars in the early 1970s… and the 1972 Royal Oak was a $3,000 dollar dream machine. For the first time, a watchmaker proposed that design audacity, finishing quality, and investment of manual labor could justify a precious metal price for a steel watch.

More than a psychological barrier between steel and gold, the very idea of the Royal Oak’s value was inextricably linked to the post-crisis future of luxury watches as a whole. Gerald Genta’s Audemars Piguet Royal Oak established that a watch’s market value was a function of craft investment, human effort, and artisanal merit.

Rote measures such as precious metal content, technology, or utilitarian function were irrelevant to the ultimate desirability and relevance of a timepiece. This wasn’t just the dawn of the modern luxury sports watch; it was the very foundation that underpinned of the post-Quartz re-invention of the luxury mechanical watch.

The Audemars Piguet Royal Oak “Jumbo” is as much a forefather of Richard Mille and Grubel Forsey as any subsequent high-end steel sports watches. Confining an overview of the Jumbo’s influence to other models of its class simply understates the magnitude of its impact.

Each Audemars Piguet Royal Oak 15202ST features the same 39mm case size, exquisitely thin (8.1mm) profile, and delicate integrated bracelet of the 1972 iconoclast. Moreover, the case encloses the same AP cal 2121 (JLC 920 base) that powered the original. These elements may seem superficially similar to the mass-produced 41mm Royal Oak 15400 currently in the catalog, but the distinctions are such that the look, character, and feel on the wrist could not be more different.

A true Royal Oak “Jumbo” has no center seconds hand, a bracelet whose delicate links feel like gossamer vintage components on the wrist, and a dial that seems to fluctuate between gray and blue as the light shifts. The profile is low, the fit is sublime, and the movement is haut-de-gamme.

That last point bears emphasis. Each Audemars Piguet Royal Oak “Jumbo” must, by definition, incorporate the ultra-thin 2121 automatic movement developed by Jaeger-LeCoultre in 1967 on commission from AP, Patek Philippe, and Vacheron Constantin. It has powered sports and dress references from each great house, but JLC has never employed the caliber in its own timepieces.

Production of this extraordinary machine is constrained by the extreme challenge of assembling and regulating an automatic movement (with date!) that measures no more than 3.05mm from top to bottom. Less than half the thickness of a workaday Rolex 3135 automatic with date, the AP 2121 features extreme exotic measures to achieve its singular girth: single sided “hanging” mainspring barrel; circumferential winding mass riding on four jeweled rollers (the winding mass is sunken into the same plane as the winding system bridge!); a pallet fork bridge that actually sits above the recessed balance wheel. This type of watchmaking requires grand-complication assembly skills to properly execute.

More than a miracle of packaging, the AP cal. 2121 is finished to a standard worthy of Audemars Piguet’s high horology minute repeaters, perpetual calendars, métiers d’art skeleton models, and concept watches. Each bridge terminates in a hand-beveled edge exhibiting mirror polish; black polish with a single reflective angle is present in abundance.

Circular-grained golden wheels, violet jewels in polished sinks, screws with chamfered edges and slots, and surgically straight cotes de Geneve pack every square millimeter of the case back with visual intrigue. An engraved and skeletonized winding mass in 21-karat gold completes a case back that lives up to the legend.

This Audemars Piguet Royal Oak “Jumbo” 15202ST is complete with all Audemars Piguet factory boxes, manuals, documents of provenance, and an active AP factory warranty with an in-service date as of April ’15. Waiting lists for the “Jumbo” stretch over 12 months at the AP boutique. Considering a watch 42 years in the making, why wait any longer; see it at www.theWatchBox.com. Video and content by Tim Mosso 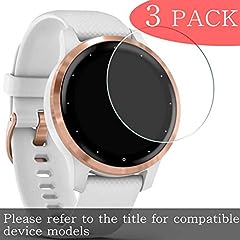 Tempered Glass Screen Protector works with Audemars Piguet 15202ST.OO.0944ST.02 9H Hardness can effectively resist daily scratches. Dust-free,bubble free,one-push super easily installation. Oleophobic Screen Coating protects against sweat and oil res... (as of September 11, 2020 - More infoProduct prices and availability are accurate as of the date/time indicated and are subject to change. Any price and availability information displayed on [relevant Amazon Site(s), as applicable] at the time of purchase will apply to the purchase of this product.)

Tempered Glass Screen Protector works with Audemars Piguet 15202ST.OO.0944ST.01 9H Hardness can effectively resist daily scratches. Dust-free,bubble free,one-push super easily installation. Oleophobic Screen Coating protects against sweat and oil res... (as of September 11, 2020 - More infoProduct prices and availability are accurate as of the date/time indicated and are subject to change. Any price and availability information displayed on [relevant Amazon Site(s), as applicable] at the time of purchase will apply to the purchase of this product.)

Tempered Glass Screen Protector works with Audemars Piguet 15202ST.OO.1240ST.01 9H Hardness can effectively resist daily scratches. Dust-free,bubble free,one-push super easily installation. Oleophobic Screen Coating protects against sweat and oil res... (as of September 11, 2020 - More infoProduct prices and availability are accurate as of the date/time indicated and are subject to change. Any price and availability information displayed on [relevant Amazon Site(s), as applicable] at the time of purchase will apply to the purchase of this product.) 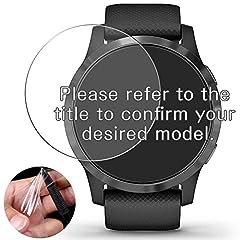 ★[Not Tempered Glass] Please be noted that this screen protector is TPU Soft Film, Not Tempered Glass. ★[Scratch Resistant] Protector can effectively protect your smartwatch from unwanted scuffs and scratches by knife, keys and some other hard substa... (as of September 11, 2020 - More infoProduct prices and availability are accurate as of the date/time indicated and are subject to change. Any price and availability information displayed on [relevant Amazon Site(s), as applicable] at the time of purchase will apply to the purchase of this product.)

Excellent description of the AP Royal Oak 15202! I will have to check out the other videos on your channel. I currently own a Rolex Daytona 116520 Stainless Steel and I love it. I’m in the market to buy another watch and I’ve really been considering going with the Royal Oak, mainly because I do enjoy the subtlety of stainless steel and the history of how AP put SS on a whole new level among gold and precious metal wrist watches. Could you recommend where I could get a competitive price on a Royal Oak?

Such an 80s looking style …

Tim, between jumbo and 15400 blue which is your favorite?

I am very fascinated by the royal oak.
More fascinating than patek.
I own the rose gold 51400 with leather strap
I plan to go for the skeleton 39 mm.
You also reviewed that one

a great watch, especially because of the size and thickness, but the more I find out about the high horology brands, the more I admire and find truth in JLC’s marketing phrase “have you ever worn a real watch?”
it seems they are the only ones (beside Seiko) that have always developed and made their calibers in house!
Some might call it nitpicking, but at the amount of money this costs I have the right to nitpick to the very last detail!!
But I would still sell my kindey to own one 🙂

Such a beautiful watch…

Hi Tim,
that might be THE AP to get perhaps one day.

Question for you: If you could have any three watches, what would they be? Definitely a JLC would be in the mix, right?
Cheers from Germany
Daniel

Flawless piece but the service cost gonna kill me

I have worn it at an audemars boutique since few days and I am falling in love with it. It was perfect on my wrist! !But very expensive. .

Is buying a replica a bad idea? (300$) I’m 17 so I can’t buy the original yet but I absolutely love this watch

Tim, I’ve seen several reviews from you. You are awesome, You really give a good and detailed approach to every watch you talk about. But you don’t actually WEAR IT. you just hold the straps with your other hand and tighten them. That makes every strap embrace your wrist perfectly, but sometimes that’s not the reality. Sometimes the strap isn’t that flexible, sometimes the buckle doesnt work so well. For guys like me, COMFORT is everything, so actually seeing you wear the watch for real and only them show how it sits on your wrist without holding it tight with your right hand would really help….would make it more real. other than that, your review is perfect

are the 8 screws white gold or steel?

You are pretty good at describing things in a way that makes people want to buy them. A shame Im too poor to afford such a masterpiece.

That’s how you do a 40th anniversary watch.
Not the crap Nautilus Patek came out with.

dose the 15202 hold its value like the daytona? +watchuwantinc

i respect the personal tastes but even if it was free i wouldnt wear this watch.One of the ugliest one i have ever seen.

Tim you’ve got a great way to describe a Watch … do you have any videos of Breguet Watches ? I’d like to lisent your description about a Breguet Classic … Best Regards

Hi Tim,
Love your reviews, always very interesting, very instructive.
Big fan of the RO Jumbo, i’m currently interested in the 14802ST Jubilee, which is surprisingly not getting a lot of attention. This watch was celebrating the 20th anniversary of the Royal Oak, first time with the display back and it’s not even mentioned on the Royal Oak book celebrating the 40th (???). A bit surprised. Got the chance to try it and of course, it’s magnificent.
What do you think about this watch?

i don’t get these watches

so similar to Nautilis..dont no what to target.!! just noticed- no seconds hand?

Anyone owned one? I’ve heard they’re fairly fragile and a total bitch to get fixed.

Good for a daily wear?

Great presentation of a truly iconic and legendary watch.Simply beautiful.

Great review of a great watch! Also in my opinion the most beautiful Royal Oak you can get today. Thanks for this extensive review, Tim!

I kind of want one of these… already have 2 offshore’s and a Rolex Submariner. This one seems a little simple compared to the Offshore models but I kind of like that. If I do end up getting one it will be Rose Gold though seeing as all my other watches are Stainless Steel and I need a nice dress watch.

I don’t get it, i just don’t get it! This watch is horrific, it so clunky, chunky and outdated without any real appeal, to me. Its very Germanic – solid but no elan(!). Yes its got a nice steel finish but so has my kitchen knife and that didn’t cost £16000. Yuk! Is it really in the same price range as Lange & Sohne?! Aaargh!

I change watches as quick as I use to change my girlfriends! But this watch has stayed with me for some time and maybe for a longtime! It looks amazing, so comfortable on the wrist, light, keep its value well, has a great history behind it and what more do you want in a watch?